The Importance of Communication in Relationships

Everyday we’re communicating. However, the mere act of speaking to someone doesn’t qualify as positive, healthy communication. We’re social beings, and the simple fact is that so much lies in the importance of communication in relationships of any kind.

The Facts About Communication in Relationships

Communication in relationships can be broken down into two large categories: verbal and nonverbal. We communicate verbally through conversations in person, over email, or via text; nonverbal communication is our facial expressions, stance and body language, and actions. Through these actions and words, we are expressing ourselves, our emotions and feelings, our thoughts…the list could go on. As The Better Health Channel states, “The act of communicating not only helps to meet your needs, but it also helps you to be connected in your relationship.”

There are four major communication styles: assertive, aggressive, passive, and passive-aggressive. As this article from Good Therapy explains, “Each characterized by specific language, behaviors, and effects.”

Part of communication in relationships is the sending-and-receiving process. Perhaps one of the most common problems between couples is the disparity between the message sent and what’s received, according to scholars Barry Duncan and Joseph Rock in their article “The Power of the Unpredictable” for Psychology Today. What many people don’t realize is that the listener adds and creates his/her own meaning to what’s being said.As Duncan and Rock explain, “Listening is an active process.” Both speaker and listener enter into a conversation with personal beliefs, attitudes, histories, and ways of looking at the world; these roles may switch throughout a conversation as well.

All of this information also translates to work relationships and friendships. The Oxford English Dictionary defines “relationship” as how two things (or people) are connected. With that being said, it shouldn’t be hard to figure out the importance of healthy, positive communication in work relationships. Sending Betsy nasty looks behind her back won’t solve the work issue, nor will yelling at her in front of the entire office. You don’t always have to like everyone, but being able to communicate clearly and effectively (without anger, sadness, or stress) is pretty important for being able to function in a work environment (or even just society in general).

It’s my passion to work with couples and help to improve the quality of every type of relationship and couple. I’m confident that once the true importance of communication in relationships clicks you and your partner will be able to make the right steps to get in sync and take your relationship to where you know it deserves to be.

Please let me know if you have any questions. I’d love to help you 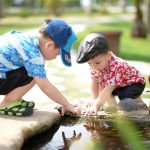 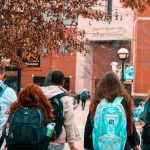 How to Handle College Transitions Part 1: For the StudentCounseling Tips, Depression, Life Coach, School
We use cookies to provide you with a better service on our websites. You are free to manage this via your browser setting at any time. To learn more about how we use the cookies, please see our privacy policy.OkPrivacy policy