The Co-Dependency of Alcoholism and Depression

Alcoholism—also referred to as alcohol use disorder (AUD)—is generally defined as a negative relationship with alcohol, a dependency and an excessive drinking problem. The symptoms of this disorder can vary greatly depending on the person, but The American Addiction Center lists common ones as:

Depression is a serious mental illness, and much like alcoholism, it wears a few different faces. The American Psychiatric Association describes some of the symptoms of depression (if they persist for two or more weeks) as:

Similar to alcoholism in another way: Depression can affect every part of a person’s life. Depression also increases the risk for other diseases and disorders. Unfortunately, depression is becoming a common mental illness, with almost 1 in every 15 people having it.

Now, to address whether alcoholism causes depression or depression leads to alcoholism…the answer is both. They’re intimately related.

WebMD states that “nearly one-third of people with major depression also have an alcohol problem,” and it’s not uncommon for the depression to have come first. As can be expected, the excessive drinking only makes the depression worse. With the existence of depression, drinking too much and too often creates more severe episodes of depression, which then leads to more drinking. It becomes a cruel cycle.

On the other hand, studies have found that alcoholism leads to depression, given that alcohol is a depressant. A study published in Addiction found that “alcohol abuse is more likely to cause major depression…though the causality could go either in either direction.”

Whatever the direction between the two disorders, when someone suffers from both alcoholism and depression, it can be referred to as a co-occurring disorder (or dual diagnosis). This refers to a person who has both a substance abuse disorder and a mental health disorder. In many cases, one of the disorders may be overlooked while treating the more prominent one. For example, the alcoholism may overshadow the depression, but the depression may be the cause of the alcoholism, according to the Substance Abuse and Mental Health Services Administration.

Regardless of which came first, although a strong connection exists between the two, there is a road to recovery. Medication does exist, but the most successful method of treatment is seeking professional help. According to the American Psychiatric Association, if medication is being used, it should be used in conjunction with therapy. A professional therapist will be able to help the person find the cause of their disorders, look at lifestyle adjustments, and provide a safe space to grow and find a way out of both the alcoholism and depression.

It’s also a great idea to build a solid, loving support system while the recovery process is taking place. Alcoholism and depression are serious disorders, and they need be to treated as such. Seeking the help of a professional therapist is a great step in the right direction to a healthier, sober life.

Please let me know if you have any questions. I’d love to help you 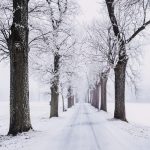 The Winter Blues or Something More?Depression 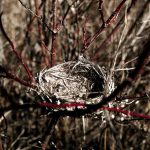 How to Cope with Empty Nest SyndromeCounseling Tips, Depression, Families
We use cookies to provide you with a better service on our websites. You are free to manage this via your browser setting at any time. To learn more about how we use the cookies, please see our privacy policy.OkPrivacy policy